Littleton Charles Powys (1874–1955) was the second eldest of eleven children in a uniquely precocious family, one of the most significant in the cultural history of Britain, of whom the writers John Cowper Powys, T. F. Powys and Llewelyn Powys are the most famous.

Littleton himself was one of the most distinguished schoolmasters of his day. He taught at three of the country’s leading public schools – Bruton, Llandovery and Sherborne, and was headmaster of Sherborne Prep from 1905 until his retirement in 1923. He has particular links with the Dorset town, where he was a well-known and respected figure in the community and a regular reader in the Abbey. In addition to his two volumes of autobiography The Joy of It (1937) and Still the Joy of It (1956) — Littleton Powys wrote introductions to The Letters of Elizabeth Myers (1951) and to her Thirty Stories (1954).

Littleton Powys: The Joy of It

From the introduction by Peter Tait:

Littleton listed six reasons why, in the end, he decided to write about his life: to correct any errant impressions of his home, his family and his brothers; to express his thankfulness for his remarkably happy life; to provide a comparison for the reader with the remarkable Autobiography of his brother, John Cowper, with whom, in spite of all their differences, he had been ‘bound together by the closest ties of friendship for over sixty years’; as a tribute to the people and places that had afforded him so much happiness; to pass on his experiences as a headmaster; and finally, to express the debt he owed to nature for his happiness. In the course of the book, he accomplishes each task in turn.

The Joy of It is a celebration of a life well-lived, covering the first sixty-three years of Littleton’s life from his childhood at Shirley and Montacute, through his time as a pupil at Sherborne, to his working life at Bruton, Llandovery and Sherborne and the first fifteen years of his retirement. The first chapter, which precedes his own birth and early childhood in the book’s chronology, is an exaltation of nature and sets the tone for the remainder of the book, epitomising Littleton’s philosophy of life, his quest for happiness and his exhortation to ‘rejoice, rejoice, in all things, rejoice.’

A Review of The Joy of It

Among the various autobiographical writings of the Powys family, Littleton Powys’s The Joy of It tends to be the most overlooked. One obvious reason is that Littleton was not a ‘writer’ and left no significant body of literary work that would attract a readership or otherwise compel attention. Perhaps another is that he was not interested in the sort of self-mythologising and shape-shifting at which his brothers were so adept, as evidenced in John Cowper’s Autobiography, Theodore’s Soliloquies of a Hermit and Llewelyn’s Skin for Skin (and just about everything else). Littleton spoke, and spoke out, plainly and inoffensively, and precisely for this reason The Joy of It is an invaluable text to gaining a fuller understanding of the Powys family, and as a balance, if not corrective, to some of the views not only of John and Llewelyn but of early Powys biographers like Heron Ward and Louis Wilkinson.

Indeed, among the half-dozen reasons Littleton gives in his Preface for writing these memoirs are to counter comments in the press and other books that he felt distorted the truth about his parents and siblings, and to compare his own temperament specifically with that of his elder brother as expressed in Autobiography. He was especially close to John, despite the latter’s secretiveness in certain matters relating to his personal life, from their shared childhood and schooldays to the Norfolk trip they made in their late fifties, and into their old age when Littleton would visit John in Wales. The divergence in their lifestyles was really set in train at Cambridge, where, as Littleton wrote, ‘John’s ways were not my ways, nor his thoughts my thoughts, nor (with two or three exceptions) his friends my friends.’ From university Littleton, unlike his brother, went on to become a pillar of the community, and if in consequence he was occasionally the butt of family humour, it’s worth remembering that without their pillars communities tend to collapse. It is not difficult to see why he was his father’s favourite or why John addressed him as ‘Best of the sons’: in addition to his sense of public duty, Littleton displayed a familial responsibility not always in evidence in some of his siblings, often coming to their financial rescue.

The frequent designation of Littleton as the most ‘conventional’ of the brothers brings with it a suggestion of dullness. Littleton was anything but dull. In appearance he was strikingly handsome, always elegantly dressed and with a flower in his buttonhole, and his deep clear voice was put to especially good effect when he read the lessons in Sherborne Abbey. If that was all there was to him he would hardly have attracted in his late sixties the attentions of the young Elizabeth Myers, who at half his age became his second wife. But as she noted: ‘Littleton never fails to tell you something interesting about life and the world. Every conversation with him extends the horizon of your mind.’ It is our loss that Littleton’s forte was conversation rather than literary creativity; in particular, his knowledge of botany and ornithology, abundantly evident in his book, probably surpassed that of anyone in the family. 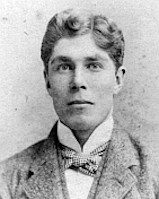 Littleton’s views and lifestyle were antithetical to those of the family friend and bon viveur Louis Wilkinson, and there was often an undercurrent of tension between them. Littleton had objected to certain parts of Louis’s Swan’s Milk and this tension was probably exacerbated by Welsh Ambassadors, which appeared in 1936 and in which Littleton, as Llewelyn thought at least, came off badly. ‘The book does outrage to the ethos of his circle,’ Llewelyn wrote to Louis, ‘and he will dislike being in any way involved with it.’ But he shortly mentioned also that Katie had told him Littleton did not seem at all personally disturbed by the book. Perhaps he was already writing his riposte, for in August that year Llewelyn told Louis that Littleton was reading his autobiography to him, and passed a judgement that stands the test of time: ‘It is unexpectedly good – rational, unaffected, charming – objective and unintellectual. I think it will be mightily appreciated by many readers.’

Littleton and Louis were to meet six months later, in February 1937, when Gertrude Powys had a showing of her works in London. Louis immediately wrote to Llewelyn: ‘Littleton was charming to me at Gertrude’s Private View. He talked with me in the most friendly manner, and at parting held my hand and pressed it to his side. I was delighted & amazed. What magnanimity!’ All the Powyses had magnanimity, but Littleton had it in spades and it’s one of the many qualities that shine through in The Joy of It. Another is gratitude for his own happy life and for the glories of Nature. In many ways Littleton’s is a deeply religious book, though not indeed in any conventional sense. Not long before his death he wrote to Ichiro Hara, ‘“He findeth GOD, who finds the Earth He made” is the background of my Faith’ – and it had always been so. ‘He was a lover of life,’ Oliver Holt wrote of him. ‘To have been born into the world at all – a world so full of radiant and manifold beauties – he regarded as an immeasurable privilege, and his whole life was an unbroken act of praise.’

The world evoked in The Joy of It – of gentlemanly conduct and fair play, of individual responsibility, of a largely benevolent Nature – may seem sadly remote in an age when we are constantly encouraged to believe that Britain is ‘broken’ (a view Littleton himself would have given short shrift). But that world is not entirely gone. There are still good schools, there are still well-mannered people, there are still natural beauties in abundance. What seems to be rarer these days is an attitude – the shameless capacity for simple delight that Littleton, like all the Powys siblings, possessed, and that makes his book all the more remarkable.

This new hand-numbered limited edition of The Joy of It, the work’s first republication in hardback, is significant for several reasons. It corrects certain misprints, errors and solecisms in the first edition; it has a perceptive and informative introduction by the current Sherborne Prep headmaster Peter Tait; it is beautifully designed and produced, with coloured endpapers and marker ribbon; and its striking blue dust jacket is a perfect frame for the wonderful portrait of Littleton by Gertrude Powys that adorns the cover and which, as far as I know, has itself never before been published. It seems unlikely that The Joy of It will ever again be reissued, but certainly not in an edition as distinguished as this, a true collector’s item.

Indeed, it is difficult to imagine a book like this even being written today, a memoir which celebrates childhood and schooldays, family and friendships, and Nature above all – and all without a trace of cynicism or bitterness or self-pity. Littleton maintained his feelings of gratitude even in bereavement with the loss of his first wife Mabel Bennett from cancer and then of Elizabeth Myers from tuberculosis, and when illness and age set in during his last painful years.

Typical of the many incidental but movingly evocative revelations in the book is when Littleton relates how on recently opening his schoolboy copy of Horace’s Odes he noted what he had written in the margin nearly half a century earlier: ‘Powys minor, and a happy life is his.’ The Joy of It is a record of one man’s enduring gratitude for that life and happiness, and it is this quality more than any other that gives this engaging work its distinctive charm. Whether he was Mr Powys, headmaster of Sherborne Prep, or ‘Tom’ to his siblings, or ‘Owen’ in his old pupil Louis MacNeice’s 'Autumn Sequel', ‘Rejoice, rejoice’ was always Littleton’s motto:  '…on two sticks/ He still repeats it, still confirms his choice/ To love the world he lives in.’  The evidence of that love is abundant in The Joy of It and this superb new edition constitutes a fitting tribute to its author and, through him, to the whole Powys family.